• To provide advanced instruction in Emergency Management and Rescue to Search and Rescue (SAR) Teams
• To equip, supply and maintain a ready cache of equipment and personnel to supplement SAR resources for both disasters and training around the country
• To provide a central organization that governmental organizations can contact for assistance from diverse SAR
• To provide or arrange transport to active missions and training where possible
• To acknowledge those who serve humanity with “Extraordinary Service to Humanity Awards”​
​

Please go to our FaceBook page for current info:

We miss our friend JT Vogt who for more than a decade volunteered his time to manage the Search & Rescue Foundation - In Memoriam 2001-2009 Web Site.
The new site is dedicated to his memory and all who serve 'So that others may live'.
He was a good friend to all those who had the privilege to call him that. We'll be seeing you JT at the 'Big One', sooner rather than later.Save me some room on the cart. Please watch over Bear and Theo till I get there.... — with Jt Vogt. 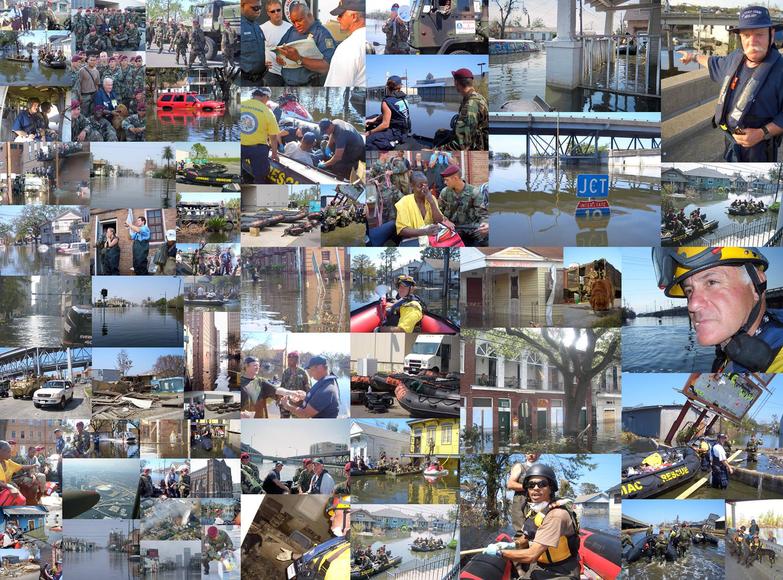 'So that others may live' 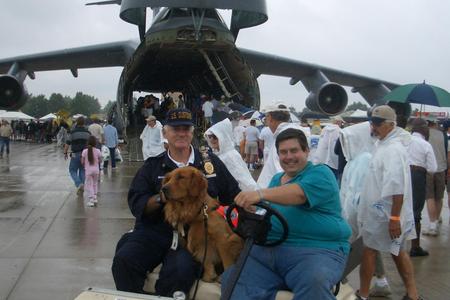 Most of the Search and Rescue teams that answer the call for help both in your community and, when needed, around the world, do so out of their own pockets. Even if they are part of a local, state, or federally funded organization they often only obtain partial assistance for their expenses. While many SAR teams have local or state affiliations, they still depend on donations to maintain their operations.

These teams do not seek attention and public fanfare for their work, nor do they ask for monetary reimbursement. These men, women, and canines complete their missions and quietly return home to their work-a-day lives. They do this job because this is the work they love to do.

While much of their time involves answering requests to help find lost and missing persons (missing children or a kidnapping victim) they are always ready to respond to natural or man-made disasters—both here and abroad. They readily drop whatever work or personal obligations they have and answer the call for help. Along with municipal Fire, EMS and Police, they are some of the very first rescuers to assist victims.

How much more could these heroes who rush in “so that others may live” accomplish if the financial burden was lifted from them? How much more could they learn if their expenses were taken care of? These teams need an advocate to assist them with financial support so that they can concentrate their energies and “minuteman spirit” to provide for the common good.

It is the mission of The Bear Search and Rescue Foundation to assist these individuals and groups.
The Foundation also operates two separate training and response  teams in cooperation with the United States Coast Guard - Sidescan Sonar/ROV and a Small Boat Rescue Training and Response Team

On September 11, 2001 Captain Scott Shields and his eleven-year-old golden retriever, Bear, traveled to Ground Zero from Connecticut to help in the rescue efforts at the World Trade Center. Bear was one of the first canines to search the rubble. They worked eighteen-hour days, and, including the beloved FDNY Chief Peter Ganci and First Fire Commissioner Feehan and many victims of the World Trade Center incident.  Bear was injured while working the site and the periphery of his wound became cancerous. Capt Shields led a campaign to insure all the SAR dogs after they had been turned down for insurance. Although Bear recovered from this illness, he died one year later (a week after the first anniversary of the World Trade Center incident) of multiple forms of cancer that started in a wound he received the first night at the WTC.

At the FDNY/EMS Academy on Sept 11th 2004, Bear was immortalized with a memorial for what he did on “the pile” on the wall of honor for those who died at the WTC. He is the only one on the Honor Wall that did not die on that terrible day.

The Foundation deployed almost two dozen teams  to Hurricane Katrina (that it had funded and or trained the four years prior). They averaged 220 rescues per team and hundreds of animals. The special boat teams that we led for the 3rd Brigade 82nd Airborne (with over 45 boats supplied by Maritime Solutions of Freeport L.I., Walker Boats of Washington and Zodiac of North America) rescued just under 6000 people with boats and boat crews provided by the  Search & Rescue Foundation. Thousands of people and hundreds of animals are alive today because of the Foundation and those we serve. The Foundation is dedicated to serve all those who rescue others and, like Bear, sometimes live and die by the motto of all who serve “So that others may live.”